By 2020, medical data is expected to double every 73 days. Using such data will increase access to healthcare in many ways. IBM Watson Health makes use of cognitive computing for various medical areas. Dr. Eva Deutsch explains how this works.

How is artificial intelligence changing healthcare?

At IBM, we prefer to say ‘augmented intelligence’ and not ‘artificial intelligence.’ This is because cognitive systems like IBM Watson support people, but they are not intended to replace them. In medical contexts, Watson sifts through billions of pieces of unstructured information and finds patient-relevant information, distills and summarizes this information and makes it available to the physician. Significantly, it makes connections that are not retrospective, but future-oriented. This predictive modeling gives us a completely new way to analyze large data sets, such as those typically found in medicine.

How is cognitive computing useful?

What is useful for the healthcare industry is that this system can understand medical terminology and scientific language, such as chemical compound structures. Add to this millions of studies, clinical guidelines, disease patterns, patient cases and treatment options. Watson evaluates all of this information to produce a hypothesis. Here, the IT system is more objective than humans. When people come up with a hypothesis, they try to prove that their idea is correct. When Watson draws a logical conclusion – a diagnosis or treatment method – it nonetheless reasons through other options. And it keeps on learning from any mistakes as well as successes, and becomes a specialist in a range of disciplines.

How does Watson get patients' details?

Using natural language is key. Watson can communicate with patients, even with children. We have taught Watson nine languages (English, Spanish, Brazilian Portuguese, Japanese, Arabic, Korean, Italian, French and German), and it can now speak with a billion people in their native languages. Watson can also read or listen to patient stories. Additionally, it can search patients' social media entries, as well as audio recordings and videos. IBM is working on teaching Watson to integrate patient images, such as mammograms, CT scans and MRIs.

Do computers diagnose better than physicians?

Even cognitive systems only deliver computer science. IBM Watson for Oncology, for example, does not diagnose cancer. Watson does not actually diagnose anything. Instead, it analyzes large amounts of existing data to help doctors make informed treatment decisions. And physicians can interact directly with the system through dialogue. In one application, IBM Watson for Oncology discusses various proposals with doctors – so it is basically offering a second opinion. Watson and other cognitive systems are only assistants that support human experts. Doctors and nurses make decisions that are best for their patients, and they always have the last word. Computers cannot replace the emotional and social side of people.

On the contrary. Having a condensed, comprehensible version of disease patterns, patient details and potential treatments available quickly relieves doctors and nursing staff, and gives them more time for conversations with patients, and for patient care. And as we move toward “precision medicine,” we will need to detect even more exactly the specific parameters and properties of each patient, including genome, environmental and lifestyle data. The emphasis of cognitive systems lays not in searching, but rather, in finding. Search engines uncover resources, such as studies and potential treatment options, yet cognitive software goes further, by processing relevant information and recognizing connections. Only in this way will access to better patient care and higher therapeutic success be possible in the future.

Not decrease, but optimize. Studies show that patients today go to the doctor more often, and they also tend to consult several doctors, such as medical specialists. So doctors need to care for a larger number of patients. Reading up about each affliction and treatment is simply impossible in the short amount of time available. A computer does not have such time limitations. More importantly, it never forgets. Information that a computer has read once remains stored and can be called up again at any time. The IT system can quickly identify symptoms or disease patterns that otherwise only top specialists, who have accumulated years of experience, might recognize. 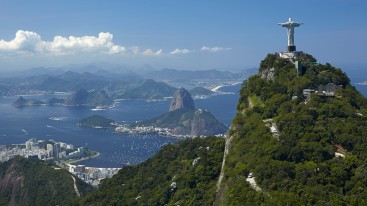 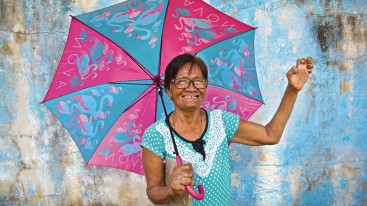