Ebola, malaria and other infectious diseases are prominent the headlines. But the world’s number one cause of death is noncommunicable diseases like cardiovascular illnesses, cancer, respiratory diseases and diabetes. To stop this increasing pandemic, societies must develop medical capacity and strategies that change people’s lifestyles while providing access to affordable medicine. In the battle against cancer, generic oncology medicine plays a key role.

In 1990, to begin tackling a growing global health burden, researchers made a significant decision1,2: They gave the problem a name. The group of maladies covered by their new term, first mentioned in the premier Global Burden of Disease study, are difficult to define. They include diabetes mellitus type 2, back pain, cancer, genetic disorders like Down syndrome, cardiovascular disease and a number of other illnesses. For this wide range of afflictions, the authors used the term “noncommunicable diseases” (NCDs)3 – which is, for UK doctor Luke Allen, part of the problem today: “The name is a longwinded non-definition. It only tells us what this group of diseases is not. It is not befitting of a group of diseases that now constitute the world’s largest killer,” says the general physician and WHO advisor, based at the University of Oxford. Allen wants to raise awareness about the significance of NCDs, which is why he published a highly regarded commentary in the renowned journal The Lancet last year. His aim: to see the name of this disease group changed – and it’s not to be fussy about language. Allen wants to foster a “debate around interventions that stand the best chance of stemming the pandemic.”

Figures from the World Health Organization (WHO) show that expressions like “pandemic” and “world’s largest killer” are more than justified: All NCDs combined cause over 15 million premature deaths (deaths before age 70) every year5. Overall, they kill more than 40 million people annually6. These diseases may slowly erode sufferers’ health and quality of life, both in the short term and over decades. They also pose heavy economic and social burdens for all countries. A 2011 report from the World Economic Forum estimated a loss of up to USD 50 trillion worldwide due to NCDs within the next two decades. To put this into context: The complete federal budget of the United States was USD 3.3 trillion in fiscal year 2016.

Many countries are aware of the burdens some of these chronic conditions pose to health systems, but their combined impact often remains unknown. At the same time, outbreaks of infectious diseases like Malaria, Ebola, Zika or even AIDS receive much more media attention than an increase in deaths, for example, from heart disease. This inattention has consequences. For example, HIV receives 15 times more funding7 than chronic conditions – although 30 times more people suffer and die from NCDs than from HIV8, as Allen notes, adding: “We need to make the public more aware of NCDs.”

Experts know ways to improve the situation. One approach is to give more people access to affordable medicines for these chronic conditions. Another is to provide access to information and medical consultation, so people can focus more on prevention. This is particularly important because 80% of deaths from NCDs are caused by four disease clusters: cardiovascular diseases, cancers, chronic pulmonary diseases and diabetes. All of these diseases are linked to four behavioral risk factors: tobacco use, excess alcohol consumption, poor diet and lack of physical activity.9

A central problem is that ‘Western lifestyle behaviors’ have become commonplace almost everywhere in the world, carrying with them a related increase in NCDs. However, focusing on personal choices – in other words, blaming individuals – will have little effect if society and policy do not change in parallel, says Allen. “In many low-income countries, risk factors have increased. Cities are crowded and polluted. Many workplaces require people to sit all day. At the same time, the availability and acceptance of unhealthy foods, tobacco and alcohol rises.”

Allen believes that NCDs are, in fact, partly or wholly communicable, with socioeconomic factors including urbanization, industrialization, and poverty among the key determinants. Poverty, for example, restricts access to healthy foods. Allen has based his career on making societies more healthy, and points to governments’ role in reducing NCDs. Mandating smoke-free workplaces, or regulating sugar, salt, and trans fats in processed foods are possible interventions at this level. Changes to societies, he says, could prevent chronic diseases, and save lives.

Since many Global South countries have focused on countering infectious diseases rather than NCDs in recent decades, they often have little experience in preventative measures, and limited access to the specificities of medical care for fighting non-infectious, chronic diseases. And there is another factor: Modern medicine has helped lengthen average human life expectancy. In less than three decades, it increased by six years, globally, to 73 years10. Because people everywhere are getting older,they are living long enough to develop chronic conditions. Consequently, the number of NCD cases globally has risen rapidly.

Today, almost 75% of all NCD deaths occur in lower-income countries. India, for example, reported over 72 million cases of diabetes in 2017.11 It is also the country with the highest diabetes rate worldwide12. Back in 1990, 15 out of every 100,000 Indian citizens died of diabetes. Today, this number has increased to 26 out of every 100,000 citizens. In comparison, Japan – a high-income country – had a decrease in the number of its population dying from diabetes, with a reduction of 8 to 7 per 100,000 citizens during the same period13.

In countries without primary health care, chronic diseases can lead to a vicious cycle: People become ill and spend money on expensive treatments. As a result, they also become poorer, with less money for further treatments and then become even sicker. This cycle pushes millions further into poverty. Widespread access to affordable medicines can help tackle this problem.

The key to saving millions of people

“Promote procurement and use of safe, quality, efficacious and affordable medicines, including generics...“ is one measure that the WHO proposes in its “Global Action Plan for the Prevention of NCDs 2013-2020.”14 Generic medicines contain the same active ingredients as a brand product whose patent protections have expired, but they typically are much more affordable. Sandoz aims to help people around the world access high-quality medicine in different therapeutic areas – such as in oncology. “The worldwide demand for oncology treatments is increasing,” states Peter Stenico, Head of Sandoz Oncology. “We provide basic cancer medicines to nearly every country of the world. We have an impressive portfolio that supports us as the market leader in this global undertaking. And we are aware of the responsibility that this position brings with it.” Not only is Sandoz the global leader in generic oncology medicines15, the portfolio covers 73% of WHO’s Model List of Essential Medicines for cancer.

“Many discussions about generic oncology medication center only on price competitiveness. However, our focus is on quality and convenience (for patients and healthcare professionals). We offer reliably high-quality medicines, manufactured according to the highest quality standards,” says Stenico. Furthermore, Sandoz has been participating in global partnerships to make its medicines accessible even in developing nations.

To tackle the further prevalence of NCDs, many countries have established strategies against the main risk factors in the last ten years. Stricter laws at a national level, like alcohol control measures, smoking bans and increases in tobacco tax have been key strategies in countries around the world to raise public awareness and promote societal changes. Such measures, says WHO, are meant to encourage individuals to make healthier choices and reduce the risk of developing NCDs in the first place. Nevertheless, notes Stenico, once a person develops a chronic disease, it is seldom completely curable – but, generally, it is treatable. “Here, the right – and early – diagnosis and affordable medication is key,” he adds, “which is why capacity building is crucial in low-income countries.”

To support lower-income countries in their fight against chronic diseases, Novartis (which Sandoz is a division of) launched Novartis Access. “Our program provides a portfolio of fifteen medicines against key chronic diseases, mainly from Sandoz, and capacity-building activities to strengthen healthcare systems in LMICs,16” explains Harald Nusser, Head of Novartis Social Business. These medicines address cardiovascular diseases, type 2 diabetes, respiratory diseases and breast cancer and are offered at a cost of USD 1 per treatment, per month to governments and NGOs. The first country to launch the program was Kenya in 2015 and today, the program is being rolled out in six countries. “In just two years, we have delivered 800,000 treatments to approximately 400,000 patients. We plan to roll out Novartis Access to 30 low- and lower middle-income countries over the coming years,” adds Nusser.

Our program provides a portfolio of fifteen medicines against key chronic diseases, mainly from Sandoz, and capacity-building activities to strengthen healthcare systems in LMICs.

The battle against the world’s largest killer goes on – and its name remains the same until further notice. When WHO advisor Allen called publicly for alternatives to the term “noncommunicable diseases,” he received dozens of suggestions. “These responses demonstrated that no one has a very good grasp of what NCDs actually are in the first place,” he says. Overall, Allen sees his call as a success. “By proposing a coherent and internationally significant narrative, we hope to stimulate greater action on the major drivers of the world’s most important conditions.”

This outcome could not be more important. No matter its name, the group of illnesses currently known as noncommunicable diseases are continuing to kill more than 75 people every minute. Raising awareness is one part of the multilevel approach in fighting this global burden – building system capacity and access to effective, affordable medicines are the other elements needed to fight the world’s biggest killer. 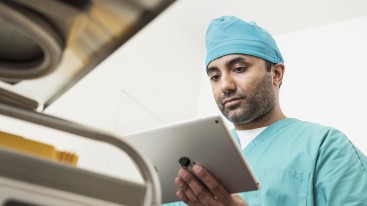